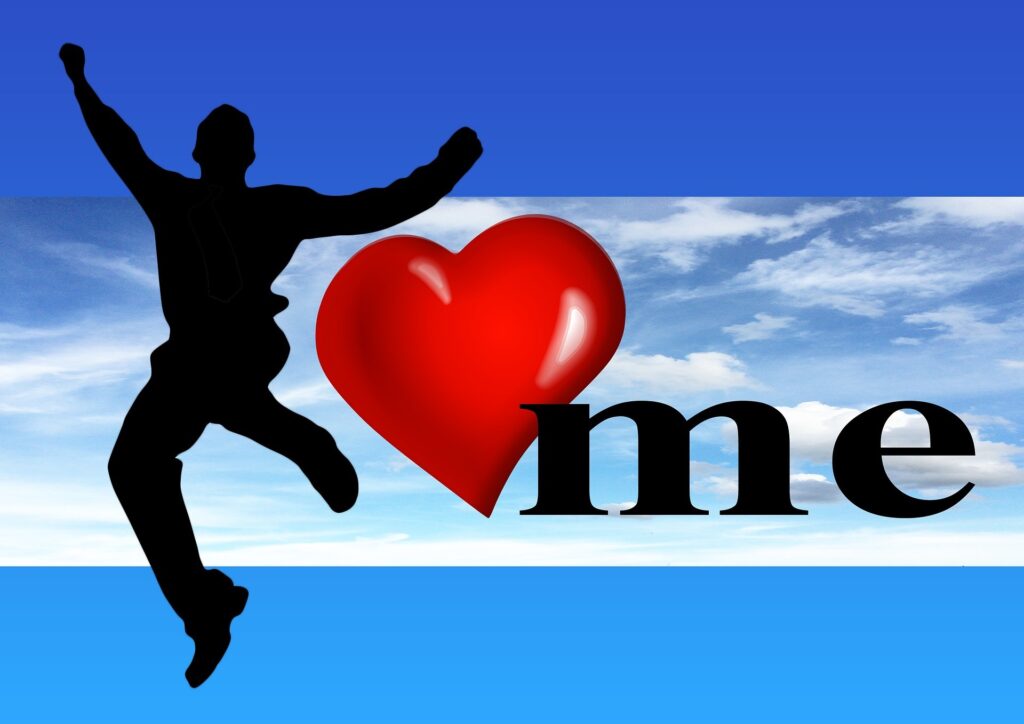 Self-Esteem is a characteristic intrinsic to any human, regardless of his faith or religious traditions.
Pretend to run a race with a twenty-months old baby boy; he wants to win, and when you let him win, he shouts with joy and claps his hands at himself. Make a Lego or a puzzle with a toddler; when he is able to put things together, he claps his hands at his success. Cultivating self-esteem and emulating progress in a child is paramount.

As an adult, we can be Jewish, Christian, Muslim, Buddhist, or with no faith at all; we often cross the border between self-esteem and ego. If we don’t pay attention, we become self-centered. The damage caused to others can be massive; think about any decision maker for a family, corporation, or country.

On a daily basis, our observation of interactions between people shows how so many of us are pushed by our egos to be the most critical person in the world to the detriment of others, putting aside any empathy even in pressing circumstances.

Connie’s compelling experience is revealing;
She walked to the Emergency room with heart attack-like symptoms. The medical personnel were attentive and quickly took care of her. She was assigned a nurse. They required blood work and a secure spot for an IV in case they needed it. Unfortunately, she had fragile and delicate veins that blew, making venipuncture difficult. Three nurses, one after the other, tried twice and got a hematoma forming each time. Her arms were hurting after the six failed attempts. Eventually, the last caregiver, a gentleman, told her: “Let me call Debbie. She is the best and never misses a vein because the next step will be trying on your neck.”

Meanwhile, someone entered, and Connie inquired if she was Debbie. Her answer was “no.” Thank you for coming, but I am waiting for Debbie,” and she showed her wounded arms. The nurse’s ego took over. She insisted: “You don’t even want to give me a chance?”
“No, because the next step will be finding a vein in my neck.”
The lack of empathy dumbfounded Connie in a place that is supposed to be the temple of compassion. Finally, Debbie came, and Connie was delivered. Her attempt was successful. The process continued, and luckily, Connie was discharged the following day. We wish her well.

Our limitations and our focus on ourselves prevent us from paying attention. As a result, we easily cross the border between self-esteem and ego. However, we can strive to make a difference, and the world will be better. Every day it’s a new battle to fight and a new victory to conquer. They give the heart a joy that has no end because we try to make others happy.